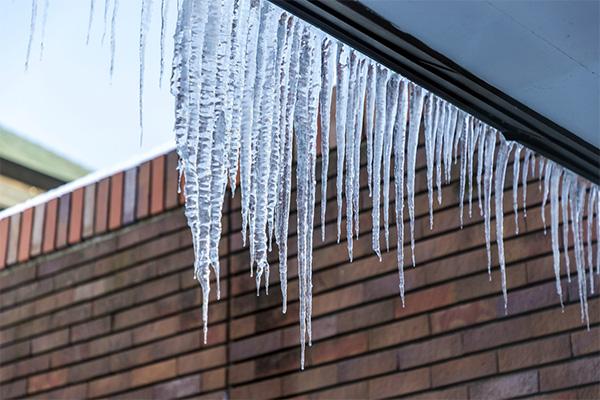 An impressive settlement of $708,000 was obtained due to the consultation and negotiations done by PCG on behalf of their client, KMI, after an initial offering by the insurance company of only $1,400.

KMI's roof of their large operations facility experienced some leaking due to ice damming. The insured filed a claim and the independent adjuster came out for the carrier. Upon noticing a larger separated seam, the adjuster agreed to pay for a small patch totaling only $1,400. The insured continued to notice leaking and called a roofing contractor to fix the issue.

The roofer decided to contact the expert building loss consultants at PCG and had PCG retained to handle the claim.

PCG inspected the loss and utilized thermal imaging at night to determine the extent of water intrusion from the top of the roof through which water was being exposed through to the deck.

PCG then requested a reinspection and attended the follow-up inspection with the insurance company's adjuster, building consultant, and engineer. PCG was able to point out several areas where the wind and ice have separated the seams, allowing water to enter the building. They also provided the thermal imaging to the insurance company's experts showing the water damage from the interior and exterior images that were captured. PCG estimated the repair costs in Xactimate and provided them to the carrier's experts.

PCG then provided local case law and made successful arguments to get the replacement cost paid to the contractor up front, including a majority of the contractor's overhead and profit. The final settlement amount was $708,000. Needless to say, both the contractor and insured were ecstatic with the settlement and the additional funds made available for a new roofing system.